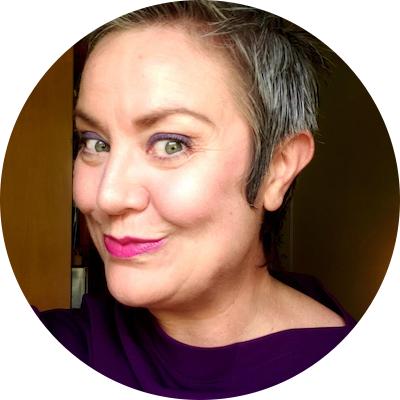 After winning the Green Card lottery, Carla Gericke left the plains of Africa for a better life in America. Before then, she finished boarding school when she was sixteen years old, and law school when she was 21, working as an attorney in South Africa and California.

Carla has appeared on WMUR, CNN, and Fox News, been featured in GQ and Playboy, been quoted in The Economist, and has discussed libertarianism on the BBC. She has visited more than 40 countries, hiked to the base camp of the 10th highest mountain in the world, lost a shoe in a taxi more than once, had her passport stolen in Goa, got kidnapped in Vietnam, and has noshed on more “mystery meat” street food than she cares to admit. Carla once spent an entire summer while working as in-house counsel at Logitech eating tuna fish sandwiches with Doug Engelbart (the Mother Of All Demos dude), she worked on Apple’s acquisition of Steve Job’s NeXT, and bought her first Bitcoin for $6.

In 2010, Carla was arrested and charged with felony wiretapping for filming police officers during a late night traffic stop, and four years later, she won a landmark First Circuit case affirming the First Amendment right to do so. Afterwards, NH Magazine named her one of 2014’s “Game Changing Remarkable Women.” In 2019, working with the ACLU-NH, Carla filed a lawsuit against the City of Manchester to stop permanent police surveillance cameras from being installed downtown. Sadly, she did not prevail, and the cameras have been installed. Legislation has been introduced to ban surveillance cameras and facial recognition software statewide, but the outlook is uncertain.

Carla is an outspoken critic of the government’s response to the C-19 virus. As early as April 2020, she was pointing out that we are all “essential.” She spoke at several ReOpen NH rallies, criticizing the governor’s unConstitutional emergency orders, his mask “mandate,” and the shutting down of private enterprise by decree. In June 2020, despite “orders” to the contrary, Carla successfully hosted the 17th Annual Porcupine Freedom Festival in Lancaster, NH. This PorcFest, which Carla described as a “First and Second Amendment protected assembly,” was one of the only events worldwide to proceed as scheduled. More than a thousand individuals gathered for a weeklong celebration of life and liberty, with no negative health outcomes.

Carla has three times run for New Hampshire Senate against an eighty-something, 12-term Establishment dude, garnering 44% of the vote in 2020 (read more about her 2018 race here). She will keep running, because someone has to!

Carla’s been a hair model, waitress, fiberglass chair maker, playwright, college lecturer, magazine editor, nonprofit director, and high-tech lawyer. In addition to her law degree, Carla holds a Master in Fine Arts in Creative Writing from CCNY, and has won awards for her short stories and essays. She once attended a writing retreat in Texas hosted by Lonesome Dove author, Larry McMurty, where she received the nicknames “Galactica” and “Galileo,” because no one could agree which moniker best captured her intrepid spirit.

Carla launched The Carla Gericke Show in October, co-chairs ManchTalk TV, co-hosted the Told You So podcast (currently being retooled, so stay tuned!), and recently launched Freedomnomnom! a cooking show where she teaches basic cooking skills and makes paleo/keto recipes for beginners who want to learn how to make delicious low-carb foods at home.

Carla serves on several non-profit boards including as Chair of the Free State Project, she follows an ancestral lifestyle (read about her transformation, including losing 65 lbs and quitting alcohol on her website), practices yoga and shooting, and plays a mean game of Scrabble. Carla enjoys cooking, gardening, painting, reading, and watching documentary films. She is pursuing “the good life” with the love of her life, Louis Calitz, her husband since 1994 (yikes! :-)) and their rescued dog, Nervous Nellie. They live in a 1950s atomic-ranch they are slowly renovating in West Manchester.

Carla is known as Queen Quill, First of Her Name, Demander and Defender of Truth, Giver of Confidence, Liberator of Arcadia, Queen of the Free Staters, and Mother of Porcupines. She promises to not burn down your village because she, first and foremost, believes in peaceful, voluntary human interactions. Carla is pro-markets and anti-state, knowing government is force, funded by theft, and she knows we can do better. Since 2008, Carla Gericke has been building a consent-based, voluntary society in the Free State of New Hampshire. Live free and thrive! 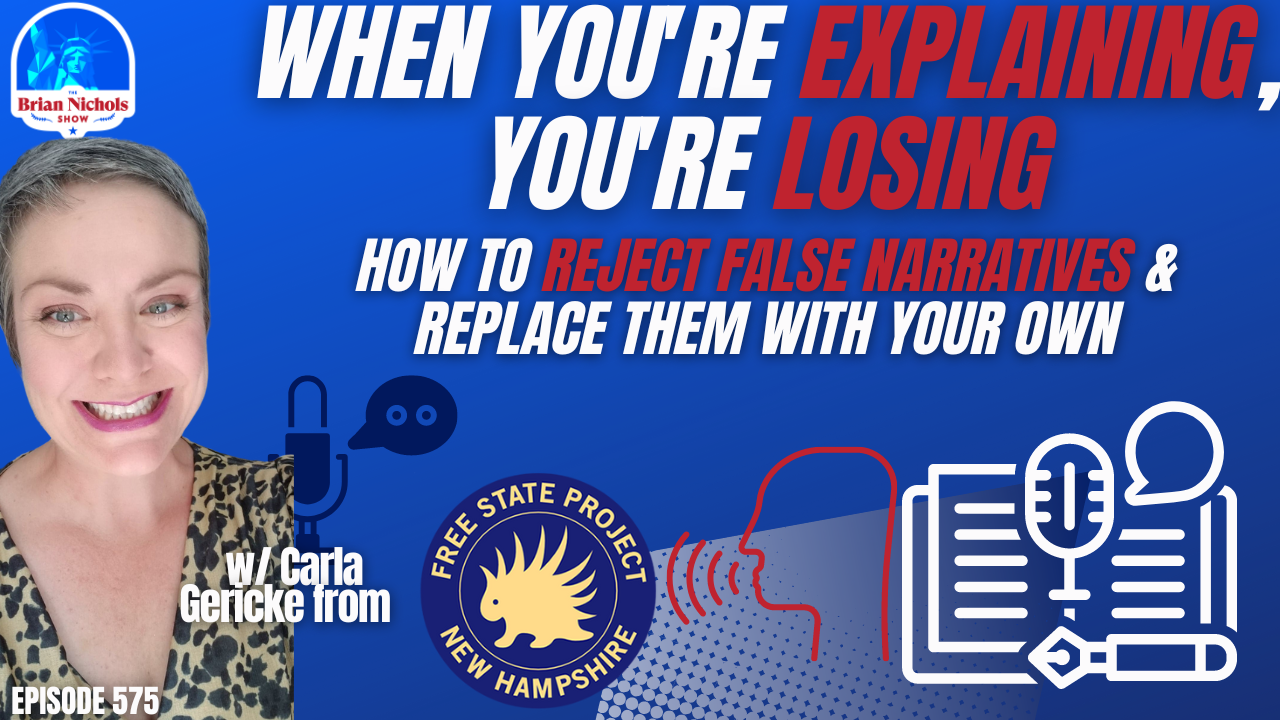 575: When You're Explaining, You're LOSING - How to Reject False Narr…

Whether it's the media, a friend, or even a complete stranger, we are constantly bombarded with narratives about how things work. But what if we were in charge of setting our own narratives? 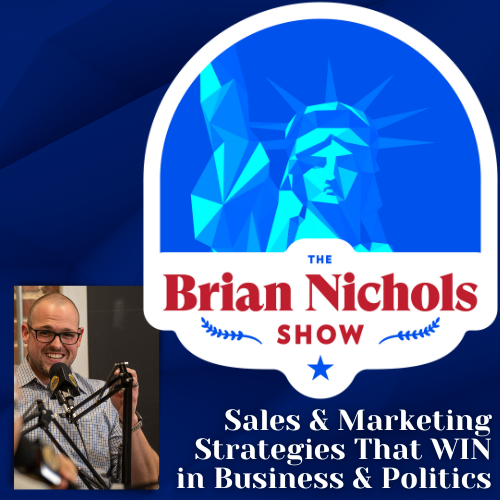 349: Why is New Hampshire Becoming a Sanctuary for Liberty? -with Ca…

How has the Free State Project taken such hold in New Hampshire?