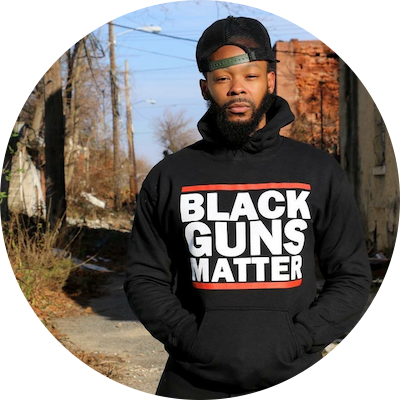 Maj Toure is a Solutionary Hip Hop artist turned 2nd Amendment activist from North Philly. His following began after he was featured on the cover of the Philadelphia Weekly as “the Prophet of Philadelphia.” He founded the Black Guns Matter movement in 2015 and advocates for 2nd amendment education and information for urban communities. Maj has been featured in the New York Times, Time Magazine, National Public Radio, Fox News, CNN, BET, Essence, and NRA News for his out of the box approach to 2nd amendment advocacy. He’s been awarded by the National Shooting Sports Foundation for his work in inner city communities. Maj is currently on a 50 states tour educating urban Americans on conflict resolution, 2nd amendment rights, and responsibilities.

626: Building a Culture of Liberty with Black Guns Matter

On today's episode, I'm joined by Maj Toure from Black Guns Matter to discuss the importance of building a culture of liberty whe…