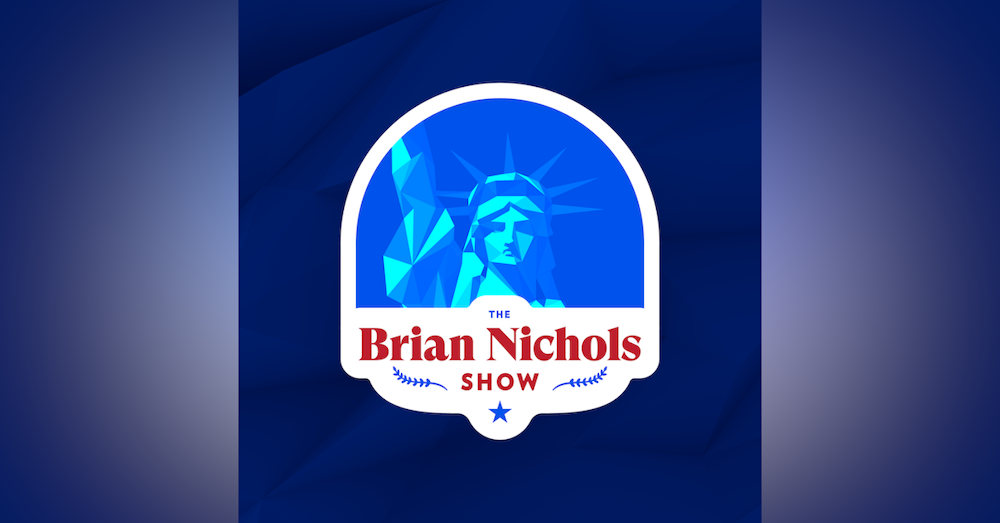 "But Ron Paul had a big impact in 2008, where he sort of sucker-punch the tail end of the Bush-Cheney Republican Party. And it's something that people remember to this day."

Jack Hunter: "But Ron Paul had a big impact in 2008, where he sort of sucker-punch the tail end of the Bush-Cheney Republican Party. And it's something that people remember to this day."

Jack Hunter joins us for a special solo-short!

faced with an uncertain future many business owners and technology professionals don't have time needed to invest in their business technology strategies and as a result are afraid of their technology getting outdated and putting their company and customers information at risk. The digital future is already here. But with all different choices in the marketplace, it's difficult to know which one will be the best fit for you and your strategic vision. Imagine having the peace of mind that your business is backed by the right technology investments that are tailored for your specific needs. Hi, I'm Brian Nichols and I've helped countless business owners and technology professionals just like you helping you make informed decisions about what technologies are best to invest in for your business voice bandwidth, cybersecurity, business continuity juggling all the aspects of business technology is messy. Let me help at the Brian Nichols show.com forward slash help and sign up for a free one on one consultation with yours truly to dig deep into where you see your company headed and how we can align your business technology towards those goals. Again, that's Brian Nichols show.com forward slash help to get your simplified business technology started. Antonio Welcome to the program

Welcome to The Brian Nichols Show your source for common sense politics on the we are libertarians network as a sales and marketing executive in the greater telecommunications cybersecurity industry, Brian works with C level executives to help them future proof their company's infrastructure for an uncertain future. And in each episode, Brian takes that experience and applies it to the liberty movement. And this is why we talk about being the trusted advisor, you should be able to help us that expert guidance and all the opinions that I'm sure that you have, and help lead them towards not just a decision, but the right decision. Instead of focusing on simply winning arguments or being right, we're teaching the basic fundamentals of sales and their application in the world of politics, showing you how to ask better questions, tell better stories, and ultimately change people's minds. And now, your host, Brian Nichols. Jack Hunter, take it away.

It's great to be with you guys here today. And I have to say, you know, Brian just said the floor was mine. And I wanted to talk about something that when I was the age of a lot of younger Liberty people 1920 years old, I thought would be my life's goal. It would be the one thing I would fight for in politics, at least, that might not ever happen, but kind of has happened. And I'll get to that at the end. But when I was 1920 years old, you know, I'd been listening to talk radio and learning about conservatism. I started to call myself a conservative, but my hero and this would be in the late 90s was Pat Buchanan. The primary reason I was an anti war conservative, and at that time, if you were on the right, and you're anti war, that's all there was there was just pat, and I like patents campaigns. He won the New Hampshire primary in 1996. That was a big deal. I was living in Boston at the time for my accent, you can tell from Boston. I'm kidding. I'm not. But I was living there at the time. But he was an inspiration. It was a big deal much the same way that Ron Paul was for so many young people, you know, a decade and a half, two decades later. So at the time, the neo-cons ruled the roost. Let's jump up to 2000 when George W. Bush was elected, of course, we had 911. And in 2003, we invaded Iraq proceeded by invading Afghanistan, which was a little bit more complicated in Iraq, which was a complete ruse, I believe, to somebody who generally voted Republican or actually third party in most presidential elections. I wasn't voting for the mainstream Republicans because they were awful, but wasn't gonna vote for the Democrat either. I thought that the goal should be to kick the neoconservatives out of the Republican Party, and I would be an 80 or 90 are dead man. And that still wouldn't have happened. But I thought it was worth doing. I thought it was needed. I thought they were one of the most destructive forces in our country in Iraq more certainly prove that in a big way. So fast forward to Ron Paul runs for president in 2007 2008. I'd been working in talk radio, I quit calling myself a conservative, because people would say, Oh, you think Dick Cheney is pretty great and support the Patriot Act and torture. And that's not what I did support any of those things. People even called me a progressive or a liberal. Conservatives called me that because conservative identity was, you know, unqualified support for Bush, Cheney and all the things I just mentioned. So Ron Paul comes along, I knew who Ron Paul was, I admired Ron Paul. And I wasn't a libertarian at the time, but we were both anti war, when I saw him start drawing, you know, 1000s of people 1000s of young people, to his cause his anti war message. I was astounded. I couldn't believe it. That's what attracted me to Ron Paul. And it made me not only get so interested in this anti war candidate, but I became more libertarian, I began to change my mind about a number of issues, immigration being at the top of the list, and how we think about that I'm for border security. I'm not an open borders person, but I think we could do this a whole lot better than we've been doing it.

Thanks for listening to The Brian Nichols Show. Find more episodes at the Brian Nichols show.com If you enjoyed today's episode, don't forget to subscribe. Want to help us reach more people? Give the show a five star review and tell your friends to subscribe to find us at Brian Nichols show.com and download the show on Apple podcast, Spotify, or wherever you listen to podcasts. Follow me on social media at V. Nichols liberty and consider donating to the show at Brian Nichols show.com forward slash support. The Brian Nichols Show is supported by viewers like you. Thank you to our patrons Daryl Schmidt's Miko, Lima, Mitchell megabits Hodie John's Fred, the caster and the we're libertarians network. trust the experts we're all in this together. If it saves one life, raise your hand if you've heard any of those tiresome phrases over the past year and a half I know my hand is currently raised millions of people across dozens of industries are labeled on essential and forced the lockdown with livelihoods in futures crushed in an instant and as government has continued to expand its power and leverage fear to turn neighbor against neighbor a group of filmmakers have taken a stand in are determined to help set the record straight on the importance of following the actual science of the pandemic follow the science on lockdowns and liberty from the sound mind trader group is a brand new Docu series highlighting the stories of those negatively impacted over the past year and a half by ineffective government policies enacted in the name of following the science with noted experts like Nick Hudson from Panda the pandemic data analytics organization healthcare policy advisors like Scott Atlas and telling stories of business owners families and just your average everyday person harmed by these government mandates. All the science on lockdowns and liberty is giving us a chance to make sure the true stories of the pandemic are told so please help us at The Brian Nichols Show in supporting the sound mind creative group with noted figures in the liberty movement like Dr. Tom Woods donating 1000s of their own dollars to this project. You know just how important this project is. So head the Brian Nichols show.com forward slash follow the science to donate and catch their brand new trailer to the Docu series one more time. That's Brian Nichols show.com forward slash follow the science 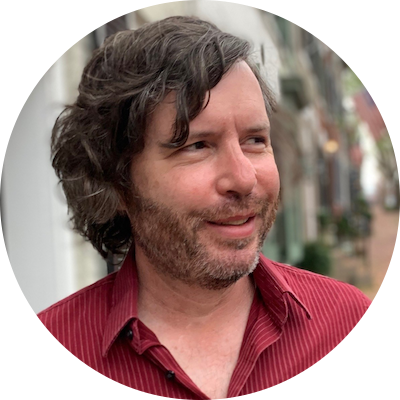 Jack Hunter is Editor of Liberty Tree and the former Editor of Rare Politics. Jack has written regularly for The Washington Examiner, The Daily Caller, The American Conservative and has appeared in Politico Magazine, The Daily Beast and The Spectator (UK). Jack has been a frequent guest on Fox Business, Michael Savage, Glenn Beck and a frequent guest host on The Mike Church Show on Sirius XM. Hunter is the co-author of 'The Tea Party Goes to Washington' by Sen. Rand Paul and assisted former Sen. Jim DeMint with his book 'Now or Never: How to Save America from Economic Collapse.' Jack was also New Media Director for Sen. Paul. Jack lives in Alexandria, Va. Follow him @jackhunter74 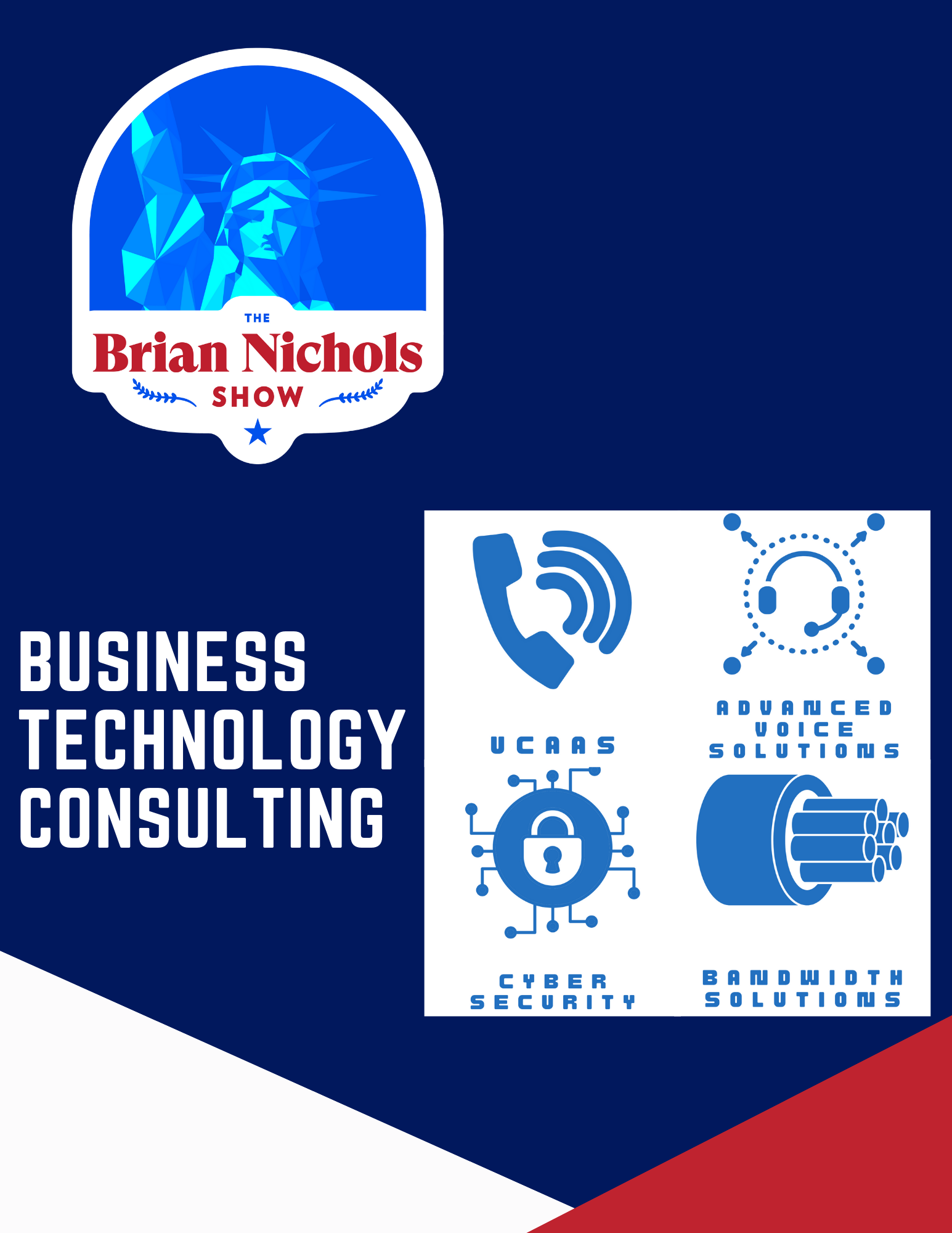